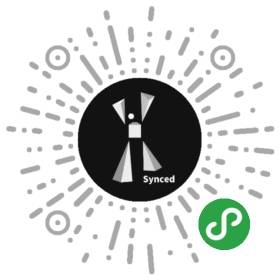 This article was originally published by George Lawton, Journalist and contributor at TechTarget. George attended the Deep Learning Summit in San Francisco as a member of the press.

To get a handle on its AI strategy, GE is making AI more human: It's creating AI bots and assigning them to managers. Challenges abound.

GE is experimenting with using bots as a way to more effectively implement its AI strategy. Deploying AI capabilities via bots, in essence, allows the company to apply traditional practices used for managing its human workforce to technology. These include practices like onboarding, training, rating and creating a culture around the AI bots.

The company has even taken to naming the bots, said Vivek Thakral, director of artificial intelligence at GE. About 50 different bots, with names like Greg, Olive and Max, have been created by Thakral's team to do particular tasks that existing workers are having trouble keeping up with.

"Instead of hiring someone new, [the question we're asking now is,] 'Can we train a bot to do more?'" Thakral said, speaking at the RE•WORK Deep Learning Summit in San Francisco. Aspects of the AI training hew closely to how GE workers are treated: The AI bots report to human managers who track their performance and behavior and note areas for improvement.

GE's AI bots are, in some respects, an extension of robotic process automation techniques businesses have been using to automate many common business tasks. In addition, the AI bots are taking advantage of improvements in cloud applications, machine learning algorithms and conversational interfaces to augment or replace humans for a variety of tasks.

Thakral launched GE's AI bot initiative about a year ago at the company's manufacturing facility in Budapest, Hungary, and his team has grown to about 30 people. He worked with research outfit Gartner and spoke with 20 different vendors to make sense of the current state of robotic process automation and AI tools. The initial focus was on identifying low-hanging fruit: this ended up being routine jobs employees were struggling to keep up with, like processing invoices or filling orders.

"We gave 15,000 man hours back to the business, so the [employees]  can do more productive things with suppliers and customers," he said.

Much of the work in the first year focused on learning how to use these different technologies effectively.

"It was a bottom's-up approach, where I knocked on people's doors, requested time and promised not to take their jobs away," Thakral said.

He said he is also looking at how to better organize a collection of AI bots using ideas from traditional management philosophies. Thakral said he envisions creating an ecosystem of different kinds of managers that can evaluate not only individual AI bots, but also assess how adept they are at running different kinds of processes, like sales, compliance, filling orders and accounting.

Next year, Thakral said he plans to place more emphasis on scaling and adopting techniques like process mining and IoT integrations. "Process mining gives you insight about why one bot does a process in five minutes, while another one takes 10," he said.

It was a bottom's-up approach, where I knocked on people's doors, requested time and promised not to take their jobs away. - Vivek Thakral

Working out the bugs

Training an AI bot workforce is not for enterprises in search of a quick automated labor fix. It could take many years to iron out the bugs, Thakral said. A big part of the process is looking at how to make existing systems more productive and adaptable to AI: For example, problems caused by records not being generated in a way that produces accurate invoices could have several root causes. Thakral is working with Oracle and SAP to help address the underlying issues.

One issue with identifying the root cause is GE's growth has been due to acquisitions. A lot of the data managed by these various subsidiaries is disjointed. GE has invested in a data lake to bring all its data into a unified system of truth or system of record in preparation for using AI to optimize business processes. But with so many different subsidiaries, there are a lot of opportunities for mistakes and discrepancies in how data is recorded.

Now, Thakral's team is creating an AI intermediary between front-line workers and the data lake to make it easier to correct errors, like incorrect supplier names. A human creating a purchase order might just manually edit things so everything works out, but security and compliance safeguards can override the correction. Thakral said he envisions using machine learning to create AI tools that would allow workers to correct common problems, like recommending a new name that would write back to the data lake.

For the AI bot project, Thakral decided to focus on problems identified by business leaders, supply chain managers and plant managers in order to get buy-in and support. These include things like identifying specific supply chain bottlenecks, such as determining whether critical parts are arriving on time; inventory management; and cash management, such as determining if a customer paying on time.

One of the early technical challenges was improving the quality of data. While human employees navigate easily between discrepancies between master data and transaction data logs, bots do not. People also tended to create data sets on their own computers in order to do their jobs well and had to be petitioned to make these customized data sets available to a centralized infrastructure.

As it turns out, not all front-line workers completely bought into the vision of having more time to connect with customers and suppliers. GE ran into situations where Thakral's team built digital workers that were expected to do 500 transactions per month, but only did 50. The reduced output was due to information being withheld or incorrect information being given the bots.

"The reason was that humans were scared the bot would take their jobs," Thakral said.

Perhaps AI bots will need to learn a thing or two about office politics in addition to task optimization.