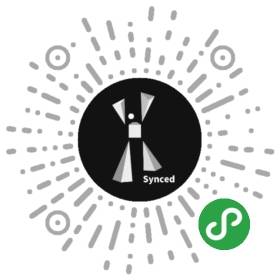 Google I/O 2018 kicked off with an uptempo keynote from CEO Sundar Pichai. The tech giant's annual developer conference is always a platform for big announcements, and this was no exception, with Google gearing up for what promises to be an especially busy year.

Google Cloud Chief Scientist Fei-Fei Li is one of the most popular and influential AI figures today. The woman behind the large-scale image dataset Image.Net is a visionary and an authority on AI’s development...

Days after Facebook F8 wrapped up in San Jose, the Microsoft Developer Conference Build 2018 opened in Seattle. The conference runs May 7-9 at the Washington Convention Center, and is an opportunity for Microsoft to court developers...

Starting in July, a Drive.ai fleet of vehicles will operate with fixed pick-up and drop-off locations in a geofenced area of the city comprising retail, entertainment, and office space...

Real-time Human Pose Estimation in the Browser with TensorFlow.js

Pose estimation refers to computer vision techniques that detect human figures in images andvideo, so that one could determine, for example, where someone’s elbow shows up in an image...

Google Duplex: An AI System for Accomplishing Real World Tasks Over the Phone

Google announces Google Duplex, a new technology for conducting natural conversations to carry out "real world" tasks over the phone...

A Closer Look at Spatiotemporal Convolutions for Action Recognition

Facebook open sources their R2Plus1D codebase which provides a set of different spatio-temporal convolution architectures for action recognition in videos, together with models pre-trained on Kinetics and Sports1M...

Cambricon 1M is the company's third generation AI chip for edge devices. With its TSMC 7nm technology, the AI chip provides efficiency of 5 TOPS/Watt for 8-bit computing. The 1M chip is available in 2, 4, and 8 TOPS versions to support a range of AI applications...

UBTECH Robotics Gets US$820 Million Funding; Becomes the World's Most Valualbe AI Startup

Internet giant Tencent led the funding with a US$120 million investment. It is believed UBTECH’s capabilities in robot design and manufacturing will strengthen Tencent’s AI products...