The self-driving car revolution is making waves in Russia. On Tuesday, the country’s largest tech firm Yandex announced Europe’s first autonomous taxi service. The service, which will see two vehicles ferry passengers to fixed destinations for free, is a big step for the technology outside of the confines of Silicon Valley.

Autonomous vehicle startup AutoX  has launched a grocery delivery and mobile store pilot in a partnership with GrubMarket.com and local high-end grocery store DeMartini Orchard. The pilot will initially be limited to an area of about 400 homes in north San Jose.

Toyota Motor Corp. is investing about $500 million in Uber Technologies Inc. as part of an agreement by the companies to work jointly on autonomous vehicles aimed at improving safety and lowering transportation costs.

It has said it would launch a driverless robo-taxi service to suburban Phoenix residents this year. Yet its self-driving minivan prototypes have trouble crossing the T-intersection closest to the company’s Phoenix-area headquarters here.

"Edge computing, as this is known, not only reduces the strain on bandwidth but also reduceslatency of obtaining intelligence from raw data. However, availability of resources at the edge is limited due to the lack of economies of scale that make cloud infrastructure cost-effective to manage and offer."

Observation of topological phenomena in a programmable lattice of 1,800 qubits

"Here we demonstrate a large-scale quantum simulation of this phenomenon in a network of 1,800 in situ programmable superconducting niobium flux qubits whose pairwise couplings are arranged in a fully frustrated square-octagonal lattice. "

Electrifying an entire dance club is easy if you have killer moves like John Travolta in Saturday Night Fever. But for the rest of us, not so much. We may shake our butts and swing our arms, but let’s face it: some people just can’t dance. But now there’s hope, thanks to AI.

Google Brain Research Scientist Ian Goodfellow has tweeted an alarm about IoT hacking of a particularly nightmarish type, after Brown University security researchers were able to remotely access and control a robot in a university research lab. The research also showed that many robotic labs worldwide may be vulnerable to such a takeover technique. 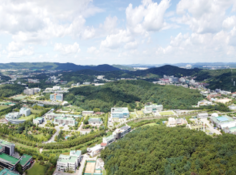 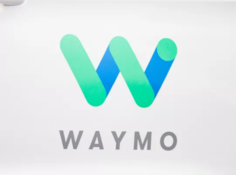